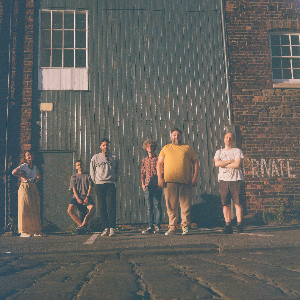 We are always over the moon to welcome back Wakefield's Mi Mye to the Social and this time as part of their UK tour in October. The band are releasing a 5-track EP (The Bow Saw and the EQ) and a brand new album My Name's Wimp. These two records have evolved side by side of each other, one is the best friend of the other, and therefore it felt like they should appear at the same time.

Delighted also to have St. Ove playing on the night, their overdue Social debut but certainly not their first time on Little Portland Street. St. Ove, the patron saint of lost time, wasted talent, old waves, silver-haired werewolves, dark secrets and last chances. Here to keep it going. A home for the songs of John George Cooper.

Primarily a fiddle player, guitarist and lyricist, Jamie Lockhart learnt to play in the Highlands as a child (including tutoring from Scottish Traditional Music Hall Of Fame member Alisdair Fraser) and often leans on his roots of folk music and storytelling to produce beautiful songs of empathy and hope. These often combine with the influences gathered from an adult life in Wakefield (the centre of indie pop), creating music that can be both tender and melodic with more ambitious and idiosyncratic arrangements and production.

Jamie is joined by:

Morgan Evans - vocals, keys and guitar. Morgan is a wonderful person to make music with. He is the songwriter and front man of critically acclaimed Buen Chico, rumoured to be the longest running Leeds band.

Daniel Charlesworth - guitar. Daniel is called Chad by everyone except his girlfriend and his step dad. He was Wakefield's greatest skater. Chad has a solo project called Death to Everyone, it all gets very confusing.

Rob Slater - drums and guitar. He plays in many bands (Carpet, Crake) and runs Greenmount Studios with me and our friend Lee.

. . and Sam Smith who joined just before the first lockdown - bass guitar. Rob is Chad's best friend and Sam is Rob's best friend hehe. We all know him from the band The Spills, a great indie band that Rob and Chad were in as well.

Mi Mye have been compared to Sparklehorse, the National and Will Oldham.